Who Designed the Sil Batta -
and why should we care? 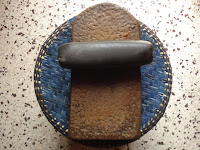 When my mother-in-law came to Delhi from Calcutta, more than forty years ago, she brought with herself a stone-grinder – a sil batta – on the train. The sil was part of the household goods given by her family, to start her new life as a married woman. A few days ago, in the absence of my cook, I ground fresh coriander and garlic chutney on the same sil-batta. It was vigorous exercise for my arms. As the volume of green leaves transformed into a darker green, and I saw and smelt the shape of the white garlic clove disappearing into the green paste, amidst my growing anticipation of tasting the chutney, I was struck by a thought. Who designed the ubiquitous sil-batta, that indispensable part of every Indian kitchen even today? Was it designed at all? Or did one or many of our ancestors simply pick up a stone lying around by chance and use it to beat something on another convenient stone?

The germ of the idea may certainly have come from there, but when I look at the smooth black oval softness of the batta and consider how snugly it fits into my hands; the pocked and dotted surface of the sil and how well it uses friction to grind finely, it seems to me it must have been designed. Designed not in the sense that we think of today, with elaborate drawings, concept doodles and engineering drawings, but in the classic sense of the word – ‘thought of, conceived, deliberately visualized in the head’. Individual makers would have introduced minute changes in the basic configuration – depending on their personal or regional preferences. So the oblong batta preferred in Bengal becomes triangular in North India. The size of the sil varies. But, by and large, the sil-batta is instantly recognizable – the type is standardized yet each piece is unique, with its own identity.

The widespread use and acceptance of the sil-batta and its enduring popularity shows the success of its design. Of course, along with the sil, most conventional Indian kitchens today also house an electric mixer-blender, the ‘mixie’. I have one too. A Black & Decker model, bought less than a couple of years ago. We believed that it would perform better than the locally made mixie which had given up fairly soon. In about a year, much before the locally produced model, the blade of the wet-grinder of the ‘branded’ mixie had broken, and the vessel of the dry-grinder had cracked. Considering how infrequently it was used for our small family of three, and considering the claims of quality and durability of this international brand, this was unexpected - to say the least!

We considered toting the mixie back to the shop in Sector 18, not far at all from our home, but increasingly intimidating to reach with the intervening metro construction, road widening, stacks of malls and cars. And after all that effort, the shopkeeper would probably direct us to the company office, somewhere in the Industrial Sectors of Noida where we would spend more time and energy. After spending a precious morning in hunting out the bill and warranty card, we let it be.

In any case, the mixie was rarely used. One had to consider carefully what could be ground in it. The fine poppy seeds, the beloved posto of the Bengalis, used for flavouring and texturing vegetables, emerged virtually unchanged from the mixie. Mustard seeds, another favourite spice for both fish and vegetables, could only be ground in huge quantities, and even then not fine enough to bring out their pungency. Dry grinding other spices in the mixie was fast, but most of the flavour was lost.

If you pause to think about what the sil-batta does for and to you, it seems that it may actually be far more progressive and modern to use it rather than the mixie. The energy and resources consumed in its design and production are minimal – the design is well-disseminated, familiar to both maker and user, does not require fancy 3D mock-ups or scale-models, and contains no high energy parts such as steel or plastic. The stone may require high-energy resources in quarrying but further shaping is primarily by hand tools wielded by skilled stone-workers, and causes practically no pollution in production. The stone for the sil-batta in my family must have been quarried half a century ago. Unless I drop it on the floor and break it, there is no reason why it will not give service for another half a century more and be used by my daughter to pass on to whoever she wishes. Whenever my cook or I use it, the only energy we expend is ours. The taste is fresher, I believe the nutrients are retained, and I do not need to go to a gym to get exercise for my arms!

Contrast this with the steel and plastic mixie. Its production is complex, and requires detailed drawings (now probably produced on a computer, itself made with high energy materials) as a prelude to being manufactured in a large complicated factory - the setting up and running of which consumes precious water, and energy - and causes toxins to be released in the air, water and land. Every time the finished product is used, it consumes a lot of electricity. And then it breaks down in about a year.

Why don’t I throw the mixie? Or give it away to my maid as I do so many extra utensils? Perhaps it’s the particularly Indian habit of thrift. Perhaps because I nurse a fond hope that I may discover that there is something that the much advertised and branded mixie is good for. Or perhaps because it occurs to me that Gandhiji was right – giving away things whose use you have outgrown but whose usefulness you believe in, is acceptable. But giving away things that you think are practically useless, is hypocrisy.

I am, however, almost sure that my maid will be pleased to own a mixie. Why? Because we have been led to the belief that the mixie - like the image of the ‘pucca’ house - symbolizes modernity and progress. It is another matter that the pucca houses of concrete that practically every villager in India aspires to live in - and which already disfigure our cities and towns - are climatically and structurally quite inappropriate for most parts of India. They heat up dramatically in the summers, lose heat in the winters, and are unable to cope with the cycles of dry heat, humidity, or cold weather that make up the climate in many parts of our sub-continent. Whether it is the capital complex in Chandigarh that is said to represent the epitome of the ‘Modern Style of Architecture’, or the AWHO or the DDA built flats in the National Capital region of Delhi, or the hastily put up structures by local contractors all over the country, they all spall, rust, crumble and flake sooner rather than later. Sometimes, they also collapse and fall apart much before their slated time – like my Black and Decker mixie.

So we have gone back whole sale to the sil-batta. Pink onions and green mint, brown roasted cumin seeds, soaked almonds, fresh ginger, mixed dals, are all freshly ground, and just as much as we want. I no longer have to store huge quantities in the fridge, or waste much water in rinsing out the grinder, or worry about power cuts getting in the way of preparing food. The mixie is still there, occupying space in the kitchen. I hold onto the split vessel tightly trying to prevent spills when I summon up the will to use it (perhaps once in the past six months), curse it when I occasionally dust it, and look gratefully at my mother-in-law’s faithful sil, and marvel at its designer and maker. 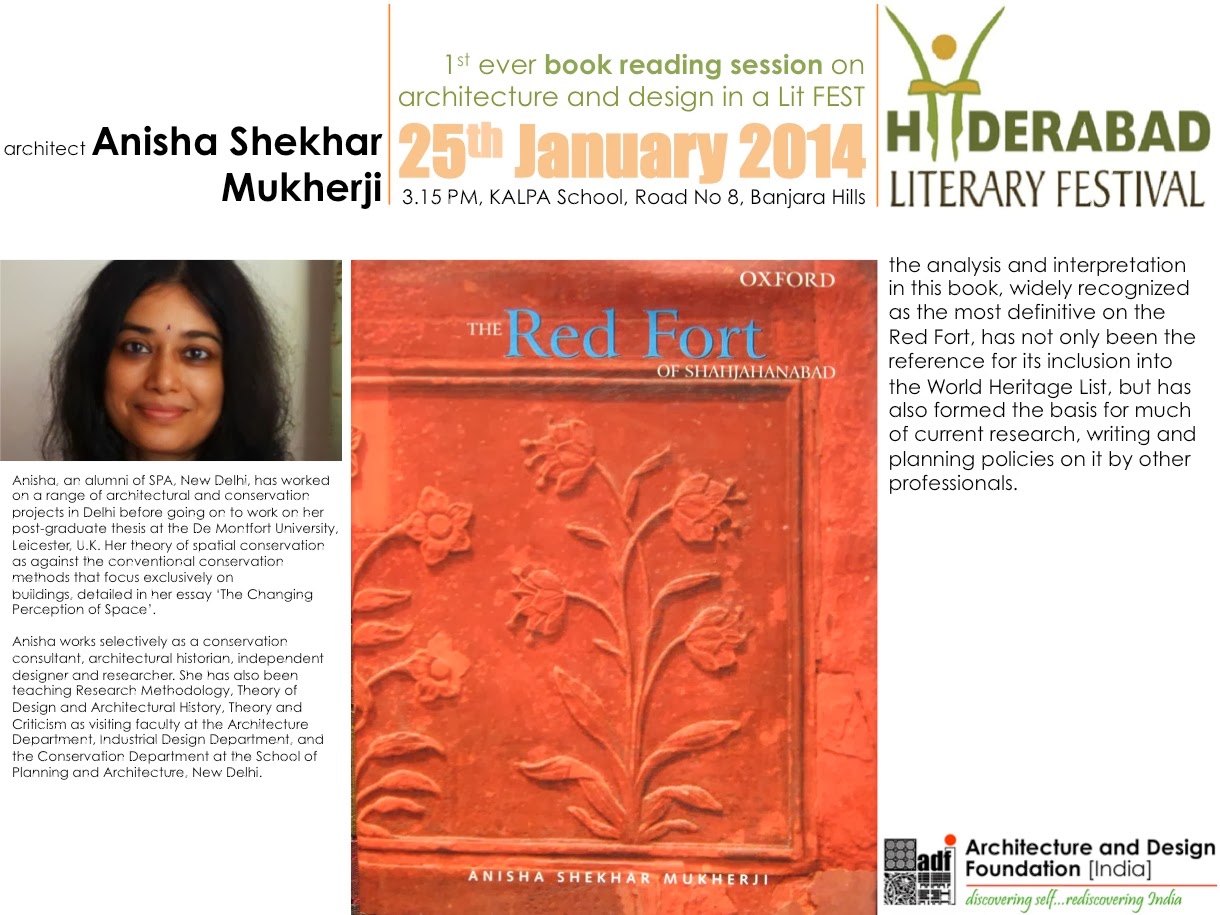